A STAG charged at a man in Richmond Park after crowds of people were allegedly throwing seeds at the animals.

Officials condoned the crowds for getting too close to the deers – adding that feeding the animals does more harm than good. 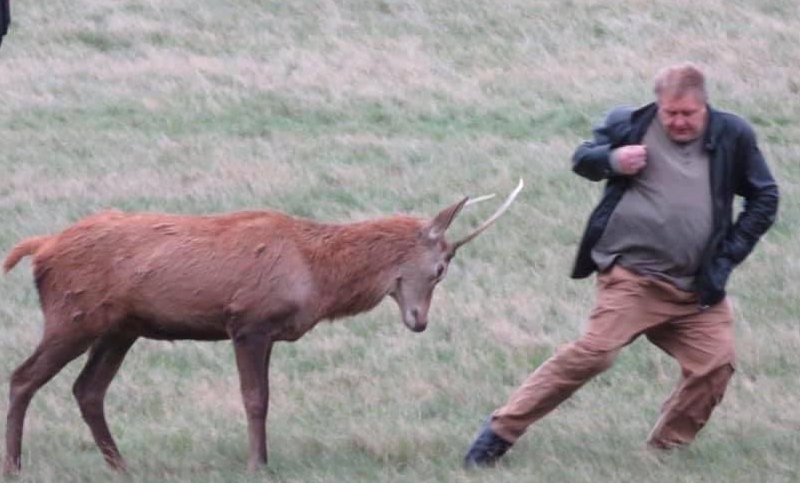 Charlotte Wilden posted the photos of the crowds getting close to the animals in the park – adding that it was also endangering children who were nearby.

One man could be seen standing next to the deer, before quickly running away as the animal charged at him, antlers first.

Other photos showed groups of people getting right next to the deer – despite park rules that people should be 50 metres away from the wildlife.

Charlotte tweeted: "My friend took these pics on a long zoom lens today.

"People feeding the deer from their hands, then throwing food at the deer when the deer decided they’d had enough.

"So horrible to endanger the children in this way."

The Royal Parks, the charity who look after Richmond Park, responded: "Once again, we condemn this sort of behaviour in the strongest possible terms.

"When visiting the Parks with native wildlife, please refrain from approaching closer than 50 metres.

"In addition, feeding the deer does them harm, not good."

The images of the charging deer caused outrage online, with one user tweeting: "Blow these pictures up and place at every gate explaining to leave the deer alone or you will be banned from the park."

A second said: "I’ve seen this so many times, it’s usually idiots who don’t live in the area."

Others asked for more policing around the parks to make sure that the wildlife can be properly protected.

A third person wrote: "Please please can we have more policing at the weekends?

"The last 2 have been terrible for this kind of behaviour.

"As a local it’s hard to see, is it possible to have more patrolling in the deer hotspots?"

The deer are currently in their breeding season – meaning that the animals are flooded with testosterone and adrenaline.

This means they are set to roar and clash antlers with other competing animals – but they can also attack humans if provoked.

As the deer spend all day and night chasing their challengers, they have very little time to eat or sleep.

Simon Richards, the Park Manager, said: "This exhaustion and hunger, coupled with testosterone surging through their bodies, means they are in no mood for dogs spooking their hinds or humans getting in their face for a selfie.” 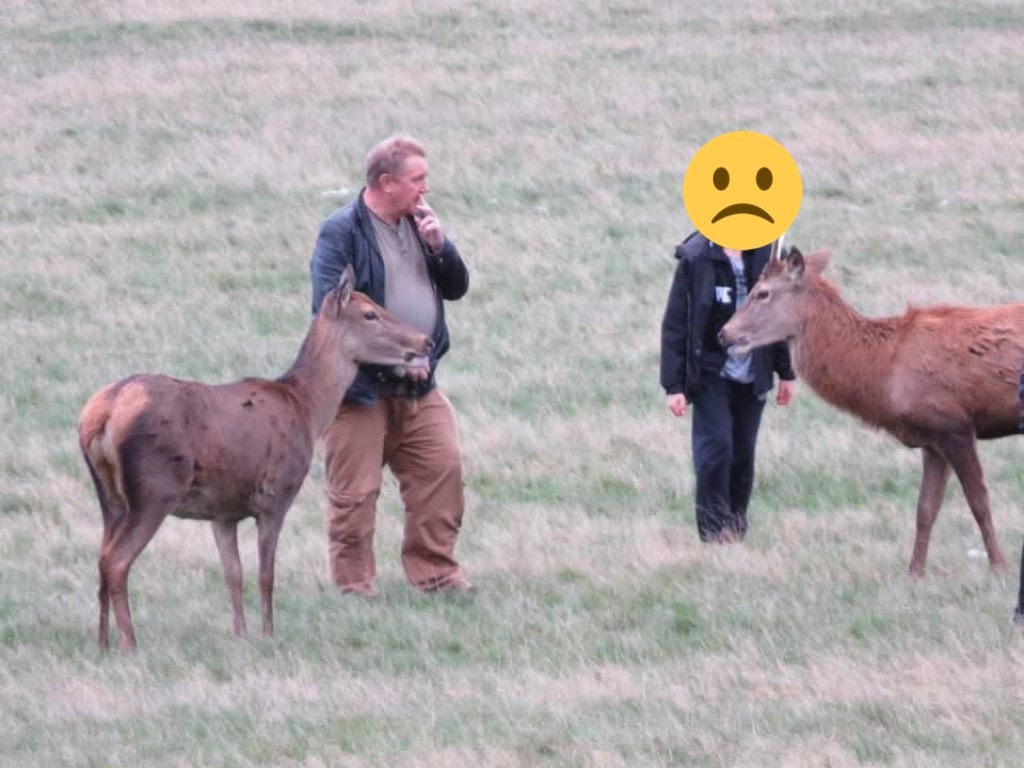