Eastern suburbs rich-lister Ian Malouf, once the nation's richest garbo, is the subject of a probe by the corporate watchdog into allegations of insider trading. 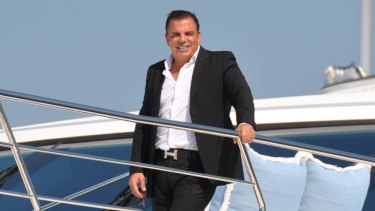 The AFP executed search warrants on behalf of the Australian Securities and Investments Commission (ASIC). Computers and documents were seized during the raid. No charges have been laid and ASIC has not commenced any civil penalty proceedings.

Mr Malouf, 55, currently sits on the board of the publicly-listed Bingo Industries, a waste management and recycling company. 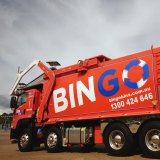 Ian Malouf is the second largest shareholder in Bingo Industries.

In March 2019 the sale was finalised of Mr Malouf's company Dial-a-Dump to his long-term rival Bingo for $557.5 million.

"We belted the f–k out of each other for 10 years but now we love each other!" he once said. "When someone gives you that amount of money, you fall in love real quick."

Of the half a billion-dollar windfall, Mr Malouf received $377.5 million in cash and $200 million in Bingo shares.

The former dumpster entrepreneur is currently Bingo's second-largest shareholder with almost 12 per cent of the shares currently valued at $212 million.

Mr Malouf started Dial-a-Dump with a truck and shovel in 1984. By 2011, he had persuaded then Premier Barry O'Farrell to perform the honours at Mr Malouf's $500,000 launch party held at the bottom of his Eastern Creek recycling pit.

The 2011 extravaganza featured oyster bars on skip bins, champagne on ice in a front loader while guests zipped around the site on a mini train before being deposited inside the recycling plant. 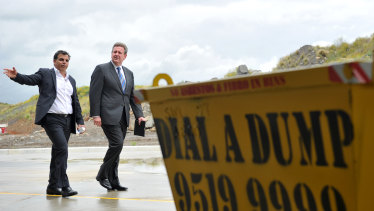 He has since turned his entrepreneurial skills to the Ahoy Club, which offers a superyacht charter service. Mr Malouf, who describes the business as Uber for superyachts, has his own luxury yacht Mischief on the books.

Mr Malouf has said he is disrupting the charter industry by slashing his commission to 4 per cent, compared to the 20 per cent other operators are taking. 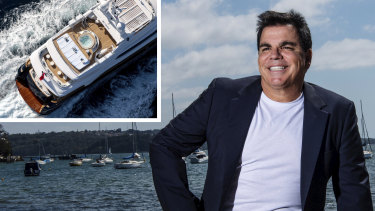 Known to be a bullish businessman, Mr Malouf has never shied away from a legal stoush. Last year he was unsuccessful in his legal battle against the state government over its acquisition for the WestConnex project of a site in Alexandria owned by Mr Malouf's Dial a Dump group.

His claim for $583 million, as opposed to the $73 million offered by the government, was seen as the largest claim for compensation following the acquisition of land in NSW history.

The Land and Environment Court ultimately ruled that Mr Malouf's companies were entitled to $50 million in compensation.

In 2014 billionaire businessman Brett Blundy also had a court win over Mr Malouf, securing a $90 million payout in a share dispute relating to Alexandria Landfill, the parent company of Mr Malouf's Dial-a-Dump.

On his yacht charter website, Mr Malouf posted a 2018 article about the lawsuit he filed against the organisers of the Monaco Yacht Show over the exclusion of his boat Mischief.

Mr Malouf suggested he was banned from the show because the industry is controlled by a "cosy bunch" of superyacht brokers who were unhappy with him undercutting their business model. The result of his breach of contract case is not recorded on the Ahoy Club's website.

Mr Malouf did not reply to the Herald's repeated requests for comment.