For the first time in over 300 years, big-game hunting was legal on a Sunday in Pennsylvania. Up until a recent court ruling, only certain small animals could be hunted in the state on the first day of the week.

The Pennsylvania Game Commission posted about the event on its Facebook page, writing, “Pennsylvania bowhunters are about to make history! The first-ever day of regulated Sunday big-game hunting will take place on Sunday, Nov. 15, for archery deer hunting only.”

According to the news outlet, big game hunting on Sundays has been banned in the state for 338 years. There were exceptions, however, for foxes, coyotes and crows. Last year, meanwhile, the state senate passed Bill 147, which allowed for hunting to occur on the previously banned days.

There will be other changes to this year’s hunting season as well, North Central PA reports. A three-day Thanksgiving turkey season will return and the general bear season will shift to run from Saturday through Tuesday. 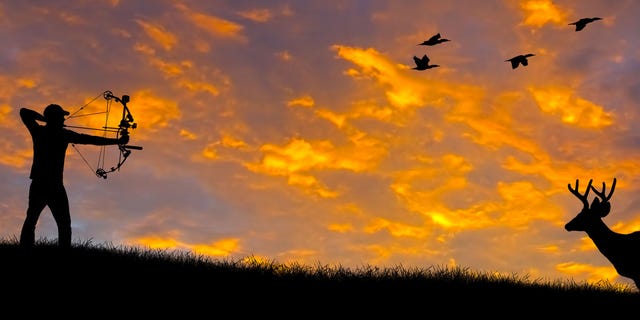 Pennsylvania is making more changes to the hunting season this year.

Fox News previously reported that the state's secretary of agriculture has asked hunters to donate their harvest to help feed those in need this season, as the coronavirus pandemic has exacerbated food insecurity and affected over 2 million Pennsylvanians.

Now, Agriculture Secretary Russell Redding is urging Pennsylvania's 850,000 licensed hunters to donate their deer to Hunters Sharing the Harvest, a nonprofit which organizes the processing and distribution of venison and wild game to feed the hungry.