Newly discovered oil sketch by artist John Constable of his beloved Dedham Vale is tipped to sell at auction for £150,000 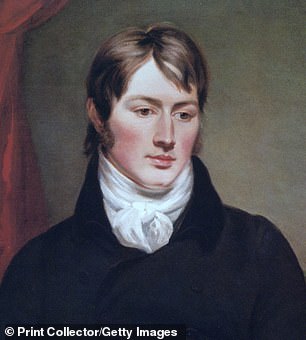 An oil sketch by English artist John Constable is tipped to sell for £150,000 at an auction

A newly discovered oil sketch by John Constable of his beloved Dedham Vale is tipped to sell for £150,000.

The previously unrecorded painting from circa 1809 shows idyllic ‘Constable country’ on the Essex-Sussex border.

It features a windmill in Brantham which belonged to his father Golding Constable, who also owned the mills at Flatford and Dedham.

The same panorama features in his famous painting ‘Dedham Vale, Morning’ which he exhibited at the Royal Academy in 1811.

The 10.5ins by 17ins artwork passed through the hands of the famous 19th century art the Leggatt Brothers, who had a close link with the Constable family.

It was later acquired by the dealers Agnews and sold in 1946 to a Major A W Allen, an ancestor to the current owners. 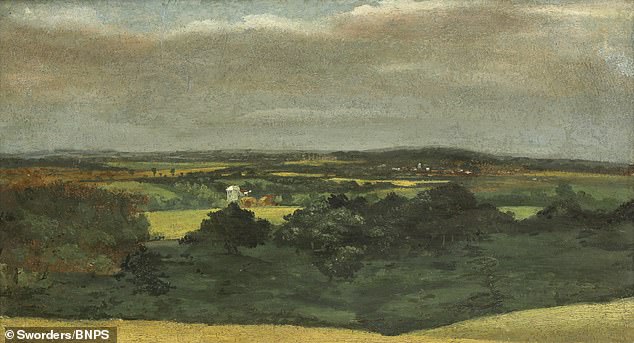 The previously unrecorded landscape painting from circa 1809, includes a windmill in Brantham owned by his father, and shows idyllic ‘Constable country’ on the Essex-Sussex border

It has hung in a London townhouse for many years and is now going under the hammer with auctioneers Sworders, of Stansted Mountfitchet, Essex.

One of the big London auction houses had previously dismissed it as a copy without investigation and it was not until Sworders’ London office visited and saw the quality, that the painting’s true identity was uncovered.

The auctioneers took the picture to expert Anne Lyles, the world-renowned authority on the art of John Constable, who has labelled it ‘an exciting new discovery’.

It is titled ‘Dedham Vale with Brantham mill and haystacks’.

Sworders picture specialist Sarah Flynn said: ‘It is the dream of every auctioneer to discover a picture by one of the greats of western art.

‘Dedham Vale is intimately associated with Constable’s life but the inclusion of one of his father’s mills in this picture makes it a particularly personal image.’

English artist John Constable (1776-1837), a painter in the Romantic tradition, is principally known for his landscapes, which are mostly of the Suffolk countryside, where he was born and lived.

He was not financially successful during his lifetime, but has since become recognised as one of the greats.