The disclosures from the special forces soldiers came slowly at first. Some spoke of killing as a "sport". Others of shame suffered in silence.

As word spread among the secretive community of soldiers and spies who had served for Australia in Afghanistan, information arrived with more urgency. Some men spoke matter-of-factly; others broke down. One thread bound many of them. It was their belief that small cliques of their fellow special forces soldiers had turned bad with impunity. 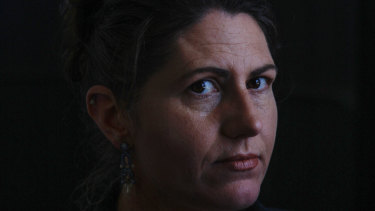 Melbourne-based academic Samantha Crompvoets, whose report into SAS abuses led to the investigation into war crimes of Australia’s involvement in Afghanistan.Credit:Dean Sewell

“One of the most disturbing things for me was people saying the phrase ‘it happened all the time',” says Dr Samantha Crompvoets of the information special forces insiders and whistleblowers disclosed to her about summary executions of unarmed Afghans, including prisoners and civilians.

Dr Crompvoets is the author of a secret 2016 report commissioned by military chief Angus Campbell. It was her report that sparked the nation's biggest war crimes probe, the Brereton inquiry, a summary of which is due to be publicly released this week.

For two years, The Age, SMH and 60 Minutes have requested an interview with Dr Crompvoets and were rebuffed.

As her 2016 report detailing war crime disclosures is set to be validated this week by judge Paul Brereton's four-year inquiry, the sociologist has granted her first detailed interview about her work and of the role of Lieutenant General Campbell in helping uncover the scandal. 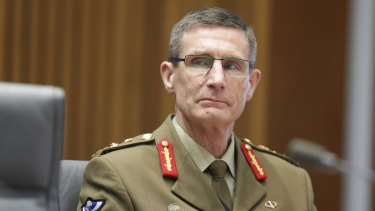 Dr Crompvoets' reluctance to speak publicly is understandable. There is no good news in what she found, except for two facts. First, it was courageous SAS members and Commandos who exposed the special forces dirty laundry. Second, the defence force’s instinctive nature to cover up embarrassment was subsumed by the need to air what Prime Minister Scott Morrison last week described as brutal, ugly truths. These two things have likely saved the SAS from being disbanded like it was in Canada when a similar scandal emerged. Dr Crompvoets drove both of them. Lieutenant General Campbell, too, didn’t look away.

When Dr Crompvoets warned Lieutenant General Campbell in early 2016 that special forces insiders were disclosing to her abhorrent war crimes allegations, he urged her to keep digging and “write it all down”.

“We're not talking about a couple of fog of war events that were, you know, perhaps confusing to understand," Dr Crompvoets recalls. "This is deliberate repeated patterns of behaviour.”

It could have gone another way. Two generals, Lieutenant General Campbell and Jeff Sengelman, had in 2015 commissioned Dr Crompvoets to examine cultural failings in the special forces, especially the poor relations between the nation’s two elite fighting arms, the SAS and the Commandos. 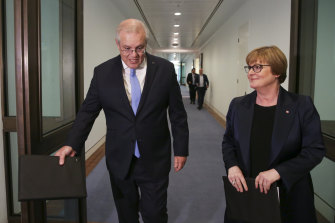 The SAS and Commandos conduct Australia's most arduous and dangerous surveillance and combat missions. Hundreds of their members were tasked with Australia's operations in Afghanistan's south after a western-led coalition invaded the country in response to the September 11 attacks in the United States.

Dr Crompvoets, 44, a highly intelligent and focused businesswoman who runs a Canberra firm specialising in examining and improving organisational culture, had previously been tasked by senior generals to handle sensitive defence force reviews. For her 2015-16 special forces probe, war crimes were not in her terms of reference.

But as she conducted the review, she encountered something much graver than rivalry between two branches of the special forces. It was Lieutenant General Campbell who encouraged Dr Crompvoets to roam more widely across the special forces and intelligence community and record every dark disclosure.

“He told me that bad news doesn’t get better with time,” she says.

In this case, it would get much worse.

Dr Crompvoets knew her status as a female civilian would lead to her being attacked. But it was the fact that she was not in the military that led to special forces insiders turning to her.

“People trusted that I was outside the organisation. I was looking at this quite objectively, I had nothing to win or lose, regardless of what I reported,” she says.

“I was very conscious that I'm a woman who has never been to war and there's a whole lot of stuff that I don't know. But the things that were described to me, there was no doubt that these things had occurred. And I heard similar stories from different people.”

“If I had thought, ‘these are just kind of baseless rumors’, I just wouldn't have reported it.”

Dr Crompvoets' April 2016 report to generals Campbell and Sengelman described conduct that the military insiders she spoke to likened to the Abu Ghraib affair, the Iraq prisoner torture scandal that enveloped the US military in 2004. The crimes disclosed in her interviews with Australian special forces included alleged "competition killing and blood lust" and "the inhumane and unnecessary treatment of prisoners".

In her interview with The Age, Sydney Morning Herald and 60 Minutes, she says some allegedly unlawful behaviour, such as summary executions, were “celebrated and normalised, and almost a rite of passage for some people”.

Some of the men she spoke to, such as a soldier who described two unarmed teens having their throats allegedly slit and their bodies disposed of in a river, were in mental anguish. Others were emotionless as they explained how the mistreatment of prisoners became routine as small groups of special forces began writing their own rules of war.

She remembers a young SAS soldier telling her how “the rules are different here,” as he described the longer leash given to special forces soldiers when compared to regular army soldiers.

“I think that whole idea that the rules are different … creates an environment that is conducive to things going wrong,” she says.

Dr Crompvoets did not spare the chain of command, which sent special forces on multiple deployments and in some cases incentivised high body counts while failing to act on suspicious “killed in action” post-operational reports and briefings.

She wrote how insiders felt it “shameful” that the officers leading the special forces in Afghanistan “muted” concerns about misconduct that were raised at the time. They deployed special forces again and again on capture and kill missions in what by 2012 had become a hopeless war.

Dr Crompvoets’ savaging of the bystander culture that festered in the special forces, where pressure to protect colleagues was strong, has already led to major reforms.

She remains in touch with soldiers shattered by what they witnessed and, sometimes, their own failure to challenge more powerful colleagues or officers who would be later rewarded with medals and promotions.

“I don't think we should forget that it's not just those soldiers in the Special Forces units. It's those people around them that potentially facilitated those behaviours as well,” she says.

“I also spoke to people who did call out bad behaviour and who were basically belittled and and left broken.”

In 2018, two years after Dr Crompvoets delivered her confidential findings that war crimes had likely occurred, parts of her report were leaked to The Age and Sydney Morning Herald by military sources. Dr Crompvoets was savaged on social media and in some mainstream outlets, accused of being a left-leaning feminist cultural warrior. The irony was that she was in fact a conduit for the concerns of battle hardened soldiers.

Former defence minister Brendan Nelson falsely claimed that the war crimes under scrutiny were "fog of war" incidents, rather than summary executions. The execution of prisoners and non combatants is a crime under international and Australian law.

On Thursday, Lieutenant General Campbell will tell the nation of the scale of alleged war crimes committed by Australian special forces soldiers in Afghanistan between 2005 and 2016. He is releasing the summary of the final report of the Brereton inquiry, the inspector general's exhaustive and forensic probe triggered by Dr Crompvoets’ earlier work.

The Brereton inquiry has interviewed more than 350 witnesses on oath and has reviewed thousands of classified files. Witnesses have given detailed statements and some suspects have confessed.

The report is expected to detail “bloodings”, in which junior soldiers were encouraged to execute prisoners and civilians. The12 cases reported previously by The Age involve Afghans murdered while defenceless and unarmed. Some had their hands bound.

Dr Crompvoets expects backlash from some who will try to blur the fact that Justice Paul Brereton’s findings, like her own, are a product of SAS and Commandos who could not stand by any longer.

Our Morning Edition newsletter is a curated guide to the most important and interesting stories, analysis and insights. Sign up to The Sydney Morning Herald’s newsletter here, The Age’s here, Brisbane Times’ here, and WAtoday’s here.