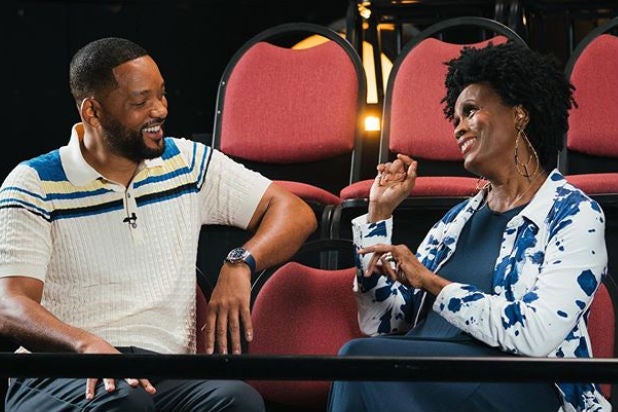 Janet Hubert, the actress who originated and played the character of Aunt Vivian on “The Fresh of Bel-Air” for three seasons, is “glad” she sat down with star Will Smith for the show’s HBO Max reunion.

“I am so thankful for all the love being shown and the understanding. Will and team let me participate in whatever I wanted and felt comfortable doing,” Hubert tweeted on Thursday, the day the 30th anniversary special premiered. “After 27 years of disconnect we are all different people. It was great seeing everyone, life is too short!”

Hubert left the show before Season 4 and was replaced by Daphne Maxwell Reid. Smith has been vocal about how he and Hubert clashed while working together, while Hubert maintained a decidedly negative opinion of her former co-stars. In 2016, she criticized Smith and his wife, Jada Pinkett Smith, for boycotting the Oscars to protest the awards show’s lack of diversity. The following year, Hubert called out Alfonso Ribeiro, who played Carlton Banks on “Fresh Prince,” after he posted a photo with the rest of the main cast.

On Thursday’s reunion special, Smith and Hubert sat down together to clear the air over her departure, which had long been the subject of speculation.

“Something I would like to clarify is, during that third season when I got pregnant, there was a lot of things going on in my life and Will’s life as well,” Hubert explained. “There was some friction because I was pregnant. Home life was not good at all. I was no longer laughing, smiling, joking because there were things nobody knew about. The cast had no idea what was going on.”

Smith added, “During that time of her pregnancy, I wasn’t sensitive. I wasn’t perceptive. And now that I’ve had three kids I’ve learned some things that I did not know at the time, and I would do things very differently. I can see where I made the set very difficult for Janet.”

Hubert explained that she rejected a “bad deal” after Season 3 and was never fired, though that misconception was “always put out there” in the press.

“I lost everything. Reputation. Everything,” Hubert said. “You know those words — calling a black woman ‘difficult’ in Hollywood — is the kiss of death. The kiss of death. It’s hard enough being a dark-skinned black woman in this business. But I felt it was necessary for us to move forward.”

Smith, meanwhile, blamed his youth — he was 21 at the time — and being “driven by fear” for the way he treated Hubert. He apologized and told his former co-star, “I could not do a 30-year celebration without celebrating you.”

The “Fresh Prince” reunion ended with Hubert reuniting with the cast and meeting her replacement, Reid, for the very first time.

“Holding on to anger is a waste of energy,” Hubert posted in a follow-up tweet on Thursday. “I love Will, proud of him, he was young it was so wonderful seeing him, and the cast, all grown up. I felt like a mom to them all. Bless you!”

“The Fresh Prince of Bel-Air Reunion” is currently airing on HBO Max.