YOURI DJORKAEFF has revealed he rejected Manchester United and Liverpool to join Bolton in 2002.

The France legend, now 52, was one of the biggest names in football when he stunned the world by moving to the relegation-battling Trotters. 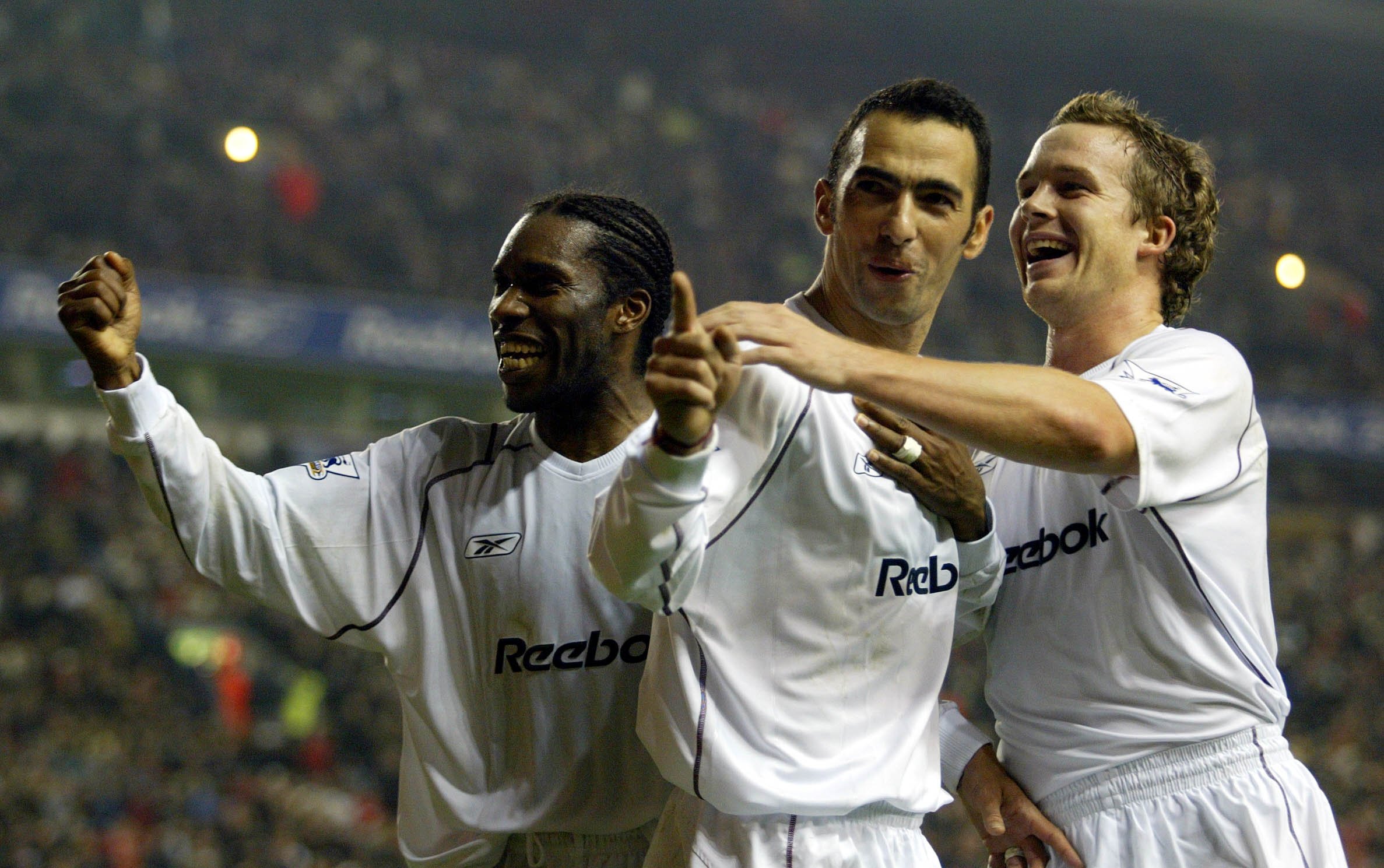 After spells at Monaco, Paris Saint-Germain, Inter Milan and Kaiserslautern, Djorkaeff revealed he was forced to quit the German club.

He was ordered to find first-team football if he was to be considered for France's 2002 World Cup squad by then-national boss Roger Lemerre.

Despite being courted by Liverpool boss Gerard Houllier and Man Utd legend Sir Alex Ferguson, Djorkaeff was lured across The Channel by Big Sam Allardyce.

On his move to the Reebok Stadium, Djorkaeff told The Football Mine: “I had some difficulty with my coach at Kaiserslautern.

"I had dinner with Sam Allardyce in Germany and we talked about anything and everything.

"He told me about the situation at the club and how they were near relegation.

"I saw this tough guy and his passion for this club and their fans and it got to me.”

Djorkaeff continued by saying he wanted to 'conquer England' – while revealing his avid Liverpool fandom. 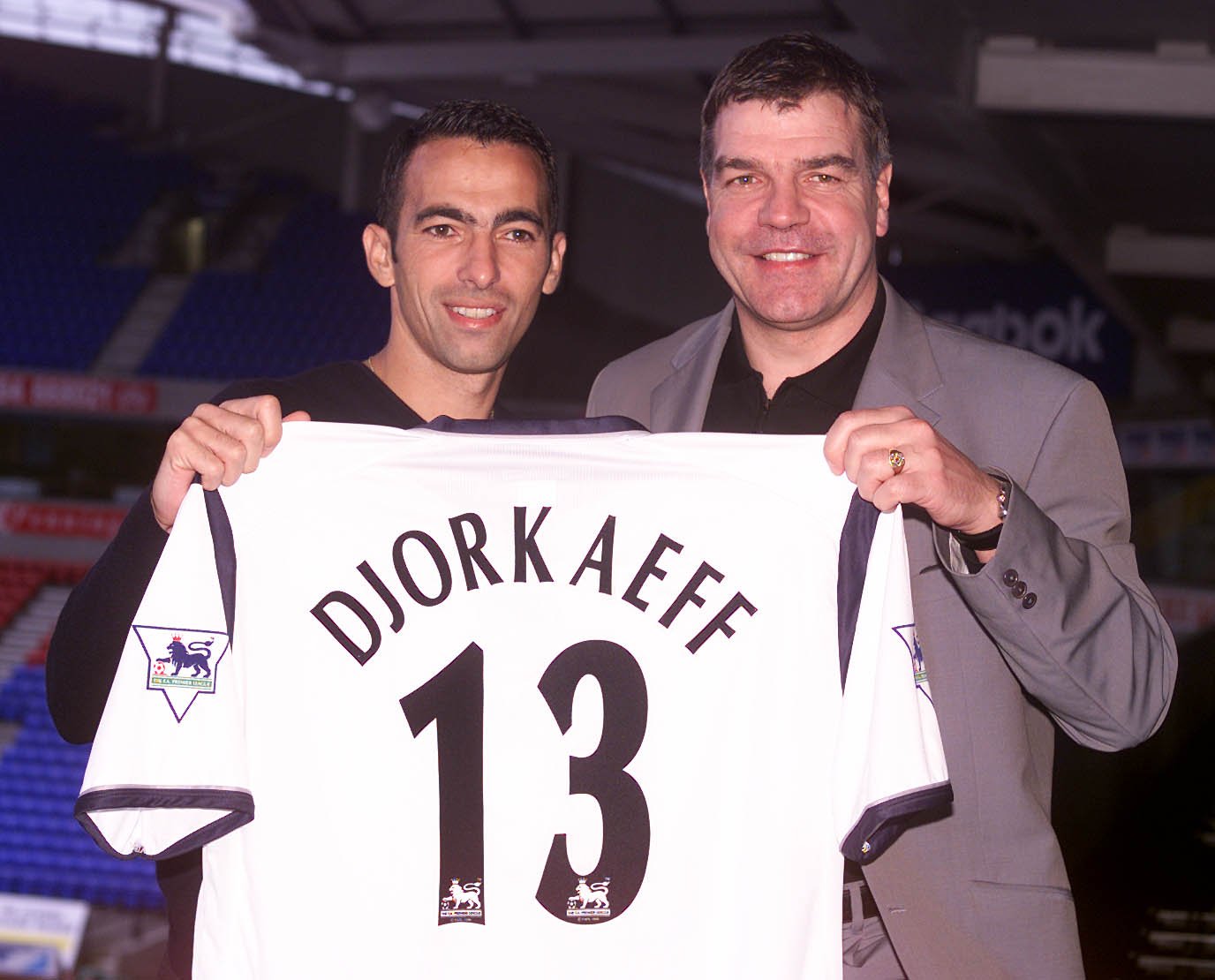 "When I had been playing, my attitude to England was the same as all French people; it was hate-like-hate-like.

"But I was crazy about Liverpool and remember cheering them on when they were playing Saint Etienne in 1977 in the European Cup.

"All these guys with their crazy hair and those red shirts.

"I bought lots of Liverpool shirts and hats all the time – not wearing them, just collecting.

"I was fascinated by the club and the fans." 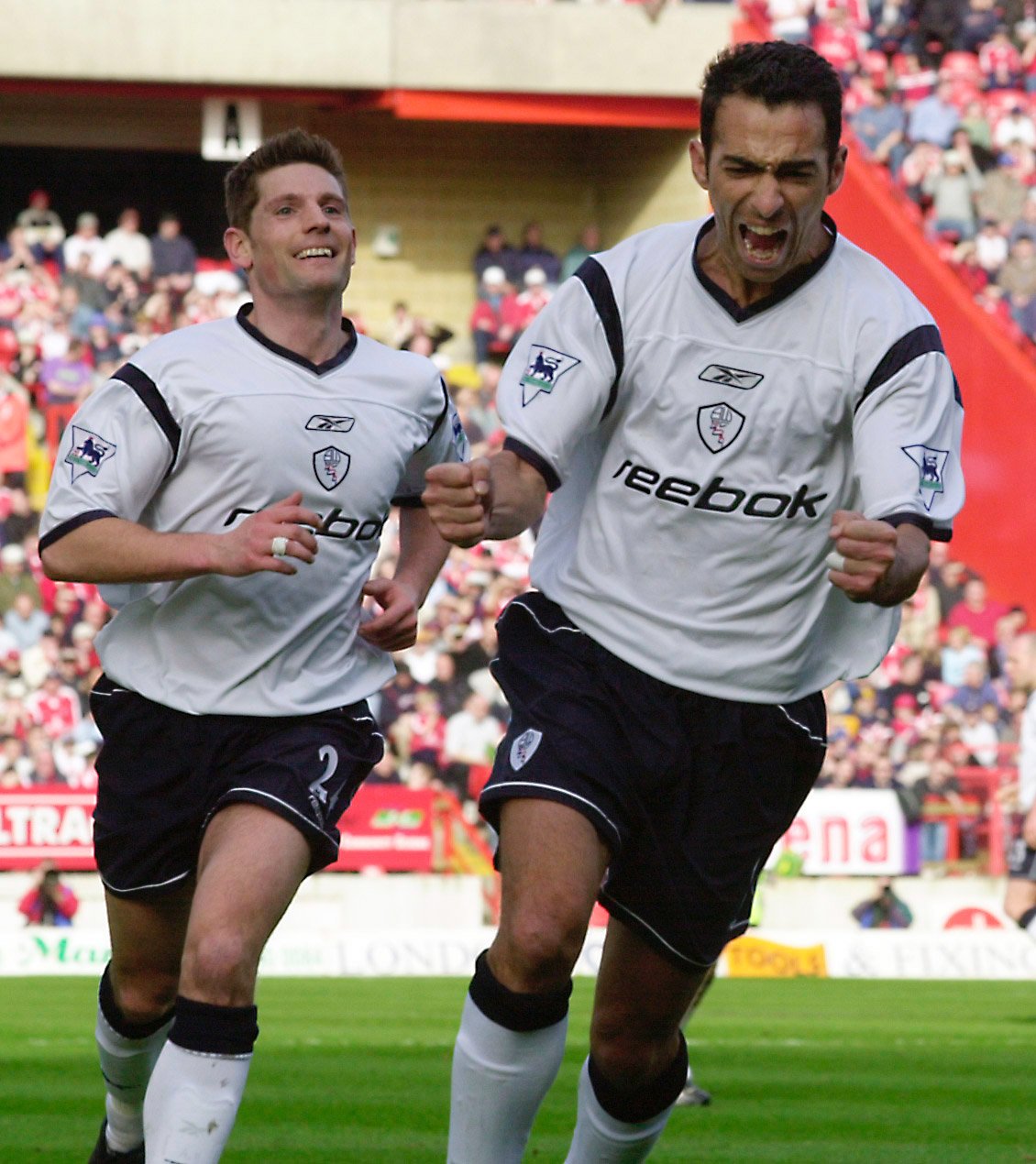 But Djorkaeff admitted he turned down Liverpool, as well as Fergie's Man Utd, to head to Bolton.

He claimed: “I was talking to Liverpool, Manchester United and Bolton all at the same time.

"I spoke to [then Liverpool boss] Gerard Houllier, who was a great friend, but he said I cannot promise you to be playing all the time.

"We were approaching the 2002 World Cup and I spoke to Roger Lemerre, the French national coach, who told me I needed to be playing to be considered.

"I didn’t know what to expect but I was in love with England, in love with its s***ty weather, the people, the fans.”

On Djorkaeff's arrival in England, Bolton were staring relegation squarely in the face.

But the forward chipped in with four goals in their final 12 games as they somehow survived relegation, finishing four points ahead of 18th-placed Ipswich, in 16th.

Djorkaeff fell so in love with Bolton he stayed for two more full seasons, scoring 20 times in 75 goals in all, leading the club to eighth in his final season.

Long after the France star's retirement, Allardyce paid tribute to Djorkaeff when picking his best XI of players he's worked with.

Big Sam said: “Youri was top-class, a brilliant human being as well as a brilliant footballer."