The actor confirms the legendary story, after Rande Gerber first revealed his generosity in 2017.

It really pays to be good friends with George Clooney.

In GQ’s Men of the Year issue, the actor finally confirmed one incredible story about how he repaid 14 of his closest friends for all their support over the years — by giving them each a million dollars in cold, hard cash. 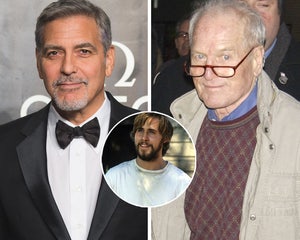 His longtime buddy Rande Gerber first shared the story in 2017, but, speaking with GQ, Clooney confirmed all the incredible details behind why and how the gift came about.

“Amal and I had just met, but we weren’t dating at all. I was a single guy. All of us were aging. I was 52 or something. And most of my friends are older than me,” he told the publication. After the success of “Gravity” and his backend profits on the film, he had a good chunk of extra money and, at the time, had no family with whom to share his financial security.

“I thought, what I do have are these guys who’ve all, over a period of 35 years, helped me in one way or another. I’ve slept on their couches when I was broke. They loaned me money when I was broke. They helped me when I needed help over the years. And I’ve helped them over the years,” he explained. “We’re all good friends. And I thought, you know, without them I don’t have any of this. And we’re all really close, and I just thought basically if I get hit by a bus, they’re all in the will. So why the f–k am I waiting to get hit by a bus?” 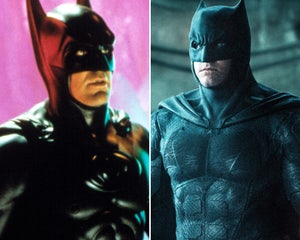 When it came time to actually get the physical money, Clooney explained that he rented a florist van and drove to a place in downtown Los Angeles where he could procure “giant pallets of cash.” He said he pulled up with “a couple of security guys that were shitting themselves. And we brought it up, and I bought 14 Tumi bags, and then I packed in a million bucks, cash, which isn’t as much as you think it is, weight-wise, into these Tumi bags.”

After inviting all his friends over, he said that he showed them all a map that marked all the places in the world he’d been able to go because of their support over the years. “And I said, ‘How do you repay people like that?'” he recalled, “And I said, ‘Oh, well: How about a million bucks?'”

Clooney said he’d later run into “one really rich asshole” in Las Vegas who asked him why he would do something like that. “And I was like, ‘Why wouldn’t you do that, you schmuck?'”

The actor’s favorite detail to point out: he picked up the cash on September 27, 2013 — exactly one year before he married Amal Clooney.

Gerber previously said the story “pretty much sums up who George is” — and while he initially didn’t want to take Clooney up on his gift, George forced his hand.

“I’m absolutely not taking this $1 million,” Gerber said he told him. “Immediately George says, ‘I’m just going to make one announcement: If Rande doesn’t take the million dollars, nobody gets it.” 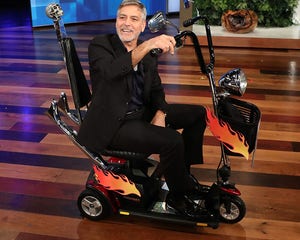