Bowel cancer is a general term for cancer that begins in the large bowel – the lower part of the bowels whereby water is removed from digested food before it is passed out of the body as solid waste. The symptoms of bowel cancer can be subtle and do not necessarily make you feel ill. However, in some cases, bowel cancer can stop digestive waste passing through the bowel.

This is known as a bowel obstruction. It is a serious complication that requires urgent medical attention, explains Cancer Research UK.

The symptoms associated with a bowel obstruction are typically more acute than the main symptoms.

Colic is characterised by pain that comes and goes and that intensifies and then gradually eases. 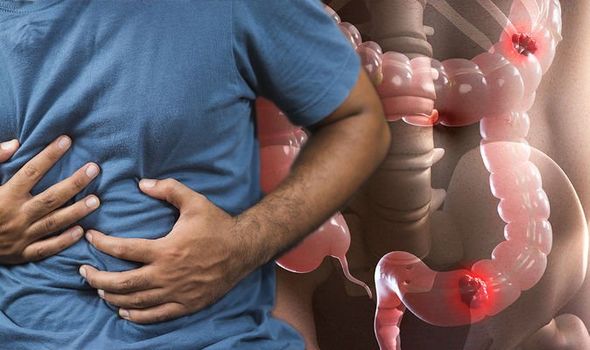 In adults, this colicky pain can be a one-time occurrence or recur weeks, months, or even years after the initial episode.

According to Cancer Research UK, other signs of a bowel obstruction include:

As the charity explains, bowel obstruction is much more common with advanced cancer.

“People who have had surgery or radiotherapy to the tummy (abdomen) are more at risk of developing a bowel obstruction,” it adds.

DON’T MISS
Could applying garlic to your scalp activate hair growth? What the research says [INSIGHT]
Berberine may rival diabetes drug in lowering your blood sugar levels – what is it? [TIPS]
Blood cancer symptoms: Three easily missed signs of the disease you need to know [ADVICE]

What are the main symptoms of bowel cancer?

According to the NHS, more than 90 percent of people with bowel cancer have one of the following combinations of symptoms:

As the health body points out, constipation, where you pass harder stools less often, is rarely caused by serious bowel conditions.

Most people with these symptoms do not have bowel cancer.

“See your GP if you have one or more of the symptoms of bowel cancer, and they persist for more than four weeks,” advises the NHS. 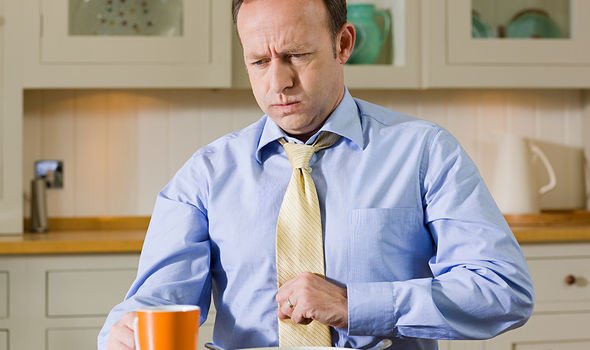 The exact cause of bowel cancer is unknown. However, research has shown several factors may make you more likely to develop it.

The link between diet and cancer is ongoing and inconclusive but certain foods have been shown to raise your risk of bowel cancer.

Many studies have shown that eating lots of red and processed meat increases the risk of bowel cancer.

According to Cancer Research UK, it is estimated that around 13 out of 100 bowel cancer cases (around 13 percent) in the UK are linked to eating these meats. 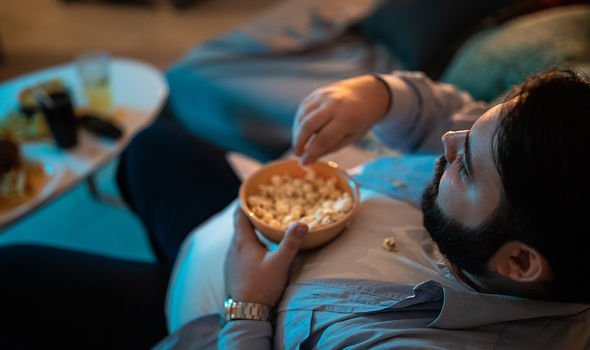 Processed meat is any meat that has been treated to preserve it and/or add flavour – for example, bacon, salami, sausages, canned meat, or chicken nuggets.

Linked to unhealthy eating, the risk of bowel cancer is higher in people who are obese compared to those who have a healthy BMI, warns Cancer Research UK.

The body mass index (BMI) is a measure that uses your height and weight to work out if your weight is healthy.

Obesity means being very overweight with a body mass index (BMI) of 30 or higher.