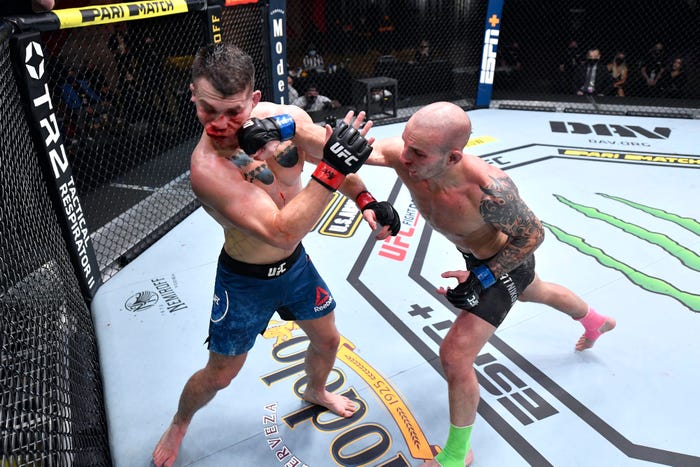 Two UFC new boys won $50,000 bonuses for fighting at an extraordinary pace, throwing a combined 236 strikes in the first round of their welterweight match Saturday at UFC 255 in Las Vegas.

Sasha Palatnikov, the first Hong Kong athlete to compete in the UFC, and Louis Cosce, who graduated from the Dana White's Contender Series MMA reality show earlier in the year, maintained a frenetic pace throughout the first fight of the night.

There was little to separate the battling athletes as Cosce landed 67 of his 123 strikes in the opening round compared to Palatnikov's 65 from 113. Both fighters secured one takedown, too.

But while Cosce appeared to wilt, Palatnikov managed to maintain that all-action fighting style by landing 62 of 102 strikes in the second and 33 from 60 strikes in the third, ending the fight midway through that final round thanks to punches to Cosce's head, forcing a stoppage.