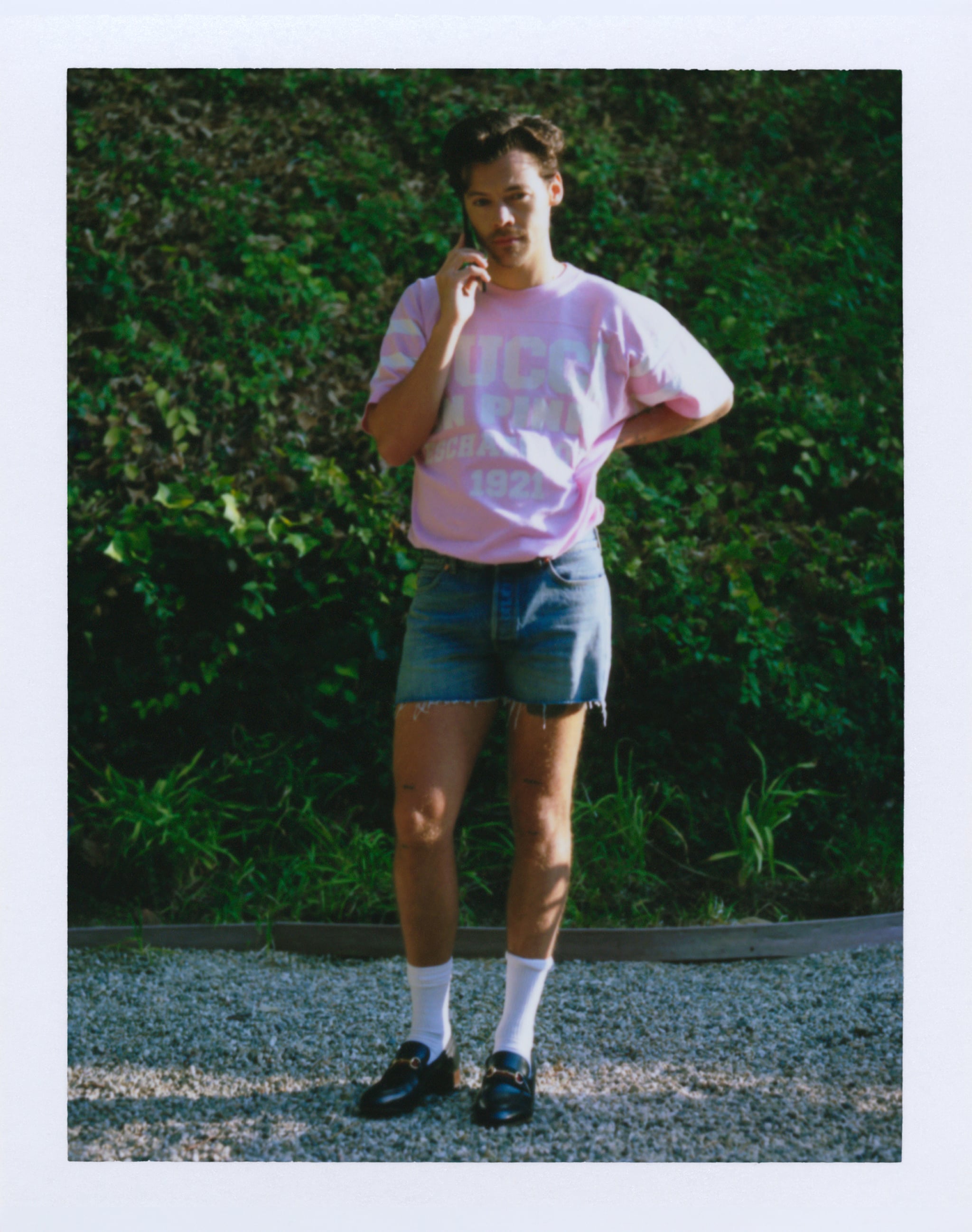 I never realized I needed photographic evidence of Harry Styles wearing jorts in my life, and now that I’ve laid eyes on it, I’m frankly unsure how I’ve gone 26 deprived years without it. Said evidence isn’t just any ol’ paparazzi snap of the “Golden” singer rocking denim shorts whilst grabbing coffee, either — it’s much artsier than that, and it’s all thanks to Gucci. The Italian fashion house cast Harry in the third episode of Ouverture of Something That Never Ended, a seven-part film collaboration between Gucci Creative Director Alessandro Michele and renowned director Gus Van Sant. The series was created to showcase Gucci’s latest collection in lieu of a traditional runway show, and has been slowly unveiled online this week as part of the brand’s so-called GucciFest.

But anywho, back to Harry and his jorts. In Gucci’s latest mini film, the heartthrob wears cutoff denim shorts that are slightly frayed at the edges and give a subtle peek at that giant tiger tattoo on his upper left thigh. He teams the leg-baring bottoms with a sporty pink T-shirt that reads “Gucci Loves Pink Eschatology 1921,” along with ribbed white socks and heeled Gucci loafers. All in all, I’d deem it the serve of 2020, closely followed by his recent Vogue cover.

The episode portrays Harry chatting on the phone — a flip phone, might I add — with Italian art critic Achille Bonito Oliva, who’s in line at a post office. Although Achille speaks in his native tongue, Harry (somewhat devastatingly) doesn’t take a stab at speaking Italian, but it’s cool; his adorable British accent gives him a pass. The video itself doesn’t show off Harry’s shorts, but luckily we’ve been blessed with the full-body picture above, which I fully intend on programming as the background of my phone . . . and laptop . . . and work laptop.

Watch the entire third episode below to catch a glimpse at pieces from Gucci’s Ouverture collection, and fast forward to the 3:52 minute mark for Harry’s time in the spotlight. Thank you, Gucci, for spearheading this lewk.